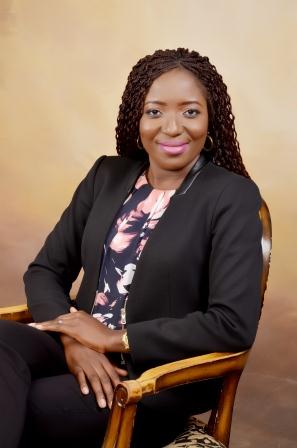 “I was experiencing constant violence from my husband and it took me 10 years to realize I was a victim” “Every time my partner beat me up and I ran to our local police station, the police always told me it was a domestic issue”  “My husband also apologizes and buys me little gifts after beating me up. I know he loves me” “I wanted to leave my abusive marriage so bad but I did not have the guts to leave. Plus I had no money and nowhere to go”… These are, but a few of the ugly faces of domestic violence experienced by women in our Nigerian society.

Growing up in a society where women and children are always at a disadvantaged; most times than none, getting the shorter end of the stick, I always knew that someday I would want to be the protector of this group of persons and that someday gave birth to Safe Haven Foundation (SHF) as well as Safe Haven Shelter project. I started SHF in 2016 to create that needed awareness against domestic violence through education and most importantly provide emergency shelter for domestic violence victims and their children who are fleeing from their attacker. Statistics show that women who remain in domestic violence relationships do that because they do not have anywhere to go and are not financially empowered to afford rent elsewhere.

Domestic violence is a global phenomenon without state, national, economic, religious and cultural borders. Domestic violence in Nigeria is a serious problem, as in many parts of world; there are insufficient official data on domestic violence in Nigeria and this is primarily due to the stigma and silence surrounding this issue. However, there is a deep cultural belief in Nigeria that it is socially acceptable to discipline a woman. As such, under the Nigerian Penal Code, which is applicable in northern Nigeria, husbands are permitted to chastise their wives as long as it does not amount to the infliction of grievous harm and such chastisement is done for the purpose of correcting his wife. Obviously, this law without mincing words condones domestic violence against women.

Domestic abuse is not a one-off violent attack rather it is deliberate long-term use of coercion to control every part of the partner’s life. Violence, sexual abuse, financial control, constant criticism, isolation from family and friends are all familiar tools. Now, Safe Haven Shelter will provide refuge, food and safety for victims. The shelter will be a secured environment that will empower survivors through its programs and services that would form the beginning of independent lifestyles. All services at the shelter will be free. The shelter will be located in a much secured area in the Federal Capital Territory, Abuja - Nigeria.

Safe Haven Foundation thrives to be the bridge between the life you want to leave behind and your hope for a violence free future for yourself and your children.  So remember, whether you’re a man or a woman, seeking help is the beginning of the journey towards a violence free life and indeed, a verification of your strength.

“Domestic abuse thrives only in silence, we need to break that vicious circle of silence”